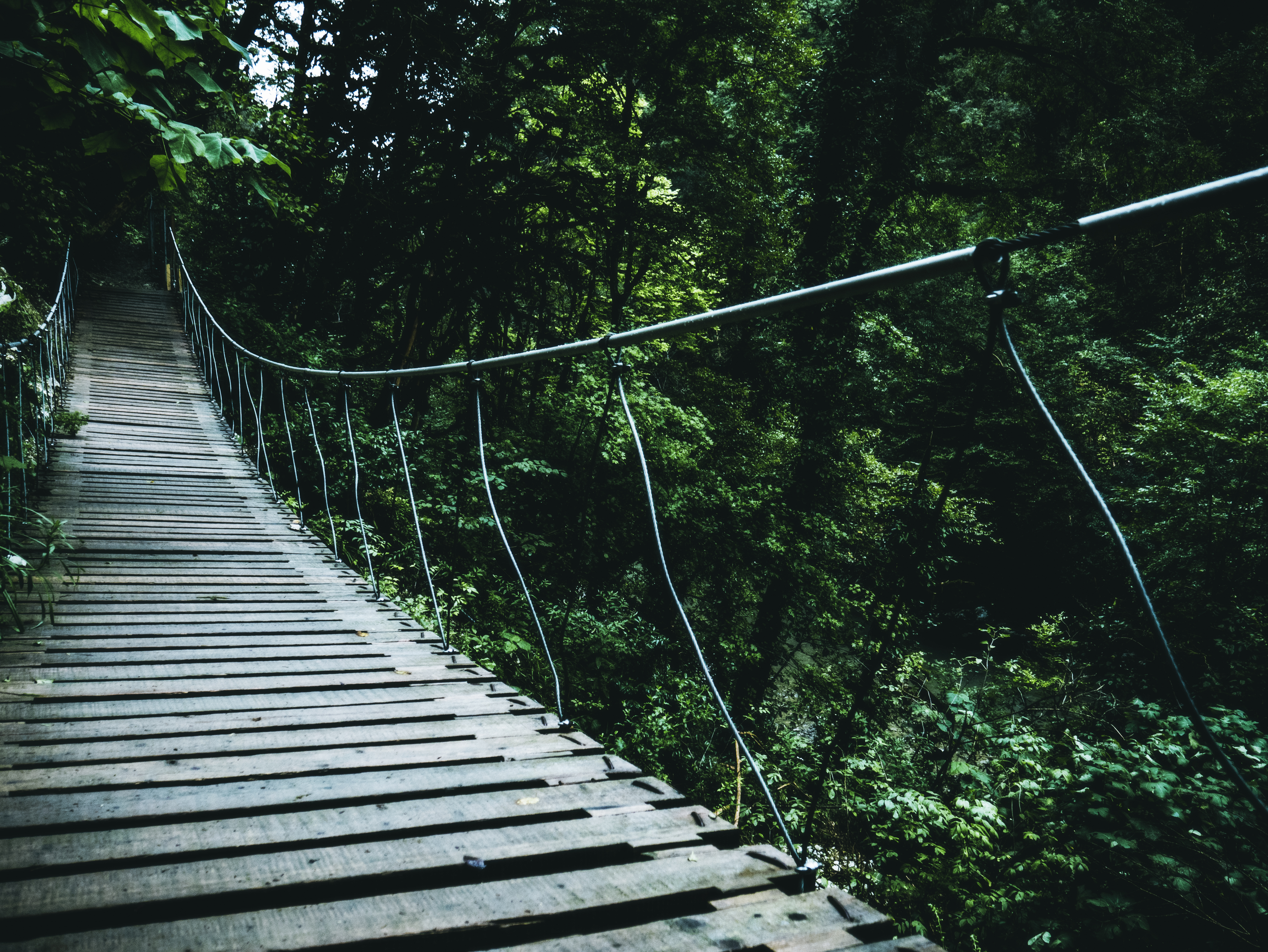 In the 1870s, a small section of a narrow gauge railway line It snaked through the cavernous walls of the Arkansas Canyon in the heart of Colorado. The control of this railway line would become a significant melodrama in the mining history of the state and later it would be denominated “War of the Royal Throat”. The incident took place in the Arkansas canyon during the years 1878-1880.

Bat Masterson and Ben Thompson, two prominent gunmen of the time, sided with one of the warring railroad companies: Atchison, Topeka, and Santa Fe (AT&SF). The railroad company was trying to reclaim the tracks that its rival, Denver and Rio Grande (D&RG) had built in 1872 as a lucrative link between Denver and Pueblo.

The scene was set in 1872 when the Denver and Rio Grande (D&RG) Railroad Company built a narrow gauge rail line from Denver to Pueblo, Colorado. They then opened a line from Pueblo to Canon Coal Mines, which was 37 miles west of Pueblo. Then, building south of Pueblo, they traveled a line through the mountains of southern Colorado and into the San Luis Valley until they reached El Moro in 1876. They extended the rail line to Fort Garland in 1877 and finally to Alamosa in June 1878.

In roughly the same time frame, the Atchison, Topeka & Santa Fe (AT&SF) Railroad Company was being built west of Kansas City. AT&SF reached the Colorado line in 1872, but due to delays it did not reach Pueblo until 1876. During that same year, Leadville was booming as a center for silver mines and a great deal of money was to be generated by transporting goods inside and outside. from the city.

Realizing this potential, AT&SF decided to run a rail line from Pueblo to Leadville. This required the line to pass through the actual Arkansas River Gorge, which was located fifty miles west of Pueblo. The narrow passage would allow the construction of only one railway line. This was the heart of the conflict; the D&RG wanted the same.

By 1878, both railroad companies had brought men and equipment to the area in hopes of securing the right of way through the gorge while the company’s attorneys fought court rulings in their favor. By April of that year, AT&SF had stationed more than 300 men at the canyon to secure construction sites for its lines. The D&RG matched that number, but had trouble keeping the men hired because their rival paid higher salaries.

AT&SF attorneys got a local court to issue a temporary injunction against the D&RG, stopping any further work on the canyon. But, before AT&SF could seize this opportunity, D&RG obtained a court order preventing the Kansas company from doing more work on its line. With both companies paralyzed, the men were placed at critical points in the canyon to ensure they were in control of the line and equipment.

The D&RG built several stone forts under the direction of their chief engineer, a man named James R. DeRemer who had served in the Civil War and knew how to build the rock parapet necessary to fight a battle. These dry-laid masonry “DeRemer Forts” built at Texas Creek and Spikebuck featured gun ports and a commanding view of the runway below.

Fortunately, for both sides, the rock forts were never used to ambush each other. In November 1878, D&RG ran out of money and was forced to make a pact with its archrival. On December 1 of that year, they issued a 30-year lease to AT&SF, which gave them use of all rail lines and all equipment, including rolling stock.

Once AT&SF had control of all the tracks and trains, they quickly began to do more business for Kansas City and less for Denver. Realizing its mistake, D&RG took legal action to break the lease. Finally, in early 1879 the case was brought before the Washington Supreme Court. Anticipating a violent response, regardless of the court ruling, each company sent armed men to defend their rights and property. AT&SF hired Bat Masterson and a group of 33 men he recruited in Dodge City to set up a camp in the canyon to defend its builders and company property. They arrived on a special train and after setting up camp, nicknamed “Dodge City,” Bat returned to Kansas.

On April 21, the Supreme Court ruled that D&RG had the prior right to the Canyon, but did not have the exclusive rights. The decision, diluted as it was, did not please either party. In the latter part of May, the Colorado Attorney General filed a lawsuit in state court to prevent AT&SF from operating railroads within the state. Then, on June 10, State Judge Thomas M. Bowen issued a court order preventing AT&SF from using or operating any of D&RG’s buildings, equipment, or rolling stock, essentially voiding its lease. With Judge Bowen’s warrant in hand, D&RG officers went to the sheriffs in every county traversed by the railroad tracks to take possession of all their property.

Before the cars could be turned over to county sheriffs, AT&SF instructed Bat Masterson to return to Colorado and concentrate his forces in Pueblo. He quickly recruited 50 armed men and took them on a special train. Included in this group were Ben Thompson and a dozen of his fellow Texans.

Initially approached with the offer, Ben was reluctant to sign, fearing that if violence broke out he would be charged with murder. Eventually, he agreed to keep the circular stone house in Pueblo until law enforcement officers presented him with the legal documents to take possession. According to Walton’s book (Life and Adventures of Ben Thompson) Thompson agreed to do the job for $ 5,000 and the D&RG came forward to deliver the circular home for $ 25,000. Ben rejected the offer saying, “I will die here, unless the law relieves me.”

On June 11, the Denver Sheriff and his gang of D&RG men seized the AT&SF office and powerhouse in Denver. Then a train full of D&RG agents headed south to take possession of the property en route. At the same time, former Colorado Governor AC Hunt rounded up 200 men, captured a train, and headed north taking all the small stations and taking the agents as prisoners. At Cucharas, Hunt’s forces fired with twelve AT&SF men, killing a Mexican and wounding an Irishman named Dan Sullivan.

In Pueblo, Sheriff Henley R. Price endorsed two D&RG officials, JA McMurtie and RF Weitbrec, and served copies of Judge Bowen’s court order to all AT&SF workers at dawn. After delivering the cars, Sheriff Price and his gang marched to the train dispatcher’s office at 8:30. The dispatcher refused to allow him to take possession of the building and the sheriff told him he had thirty minutes to think about it.

At 9 a.m., Price returned to find the office filled with several dozen AT&SF gunmen who refused to budge. Reprimanded, the sheriff returned to the Grand Central Hotel and recruited an additional 100 officers, all heavily armed and prepared with plenty of free liquor.

Returning to the warehouse at noon, Sheriff Price and his army of officers demanded that those in the warehouse surrender. They refused and the gang moved into the circular house where Ben Thompson and the Texans were waiting. Confronted by the sheriff, Ben said that he had been put in charge of the property of the company and that he could not give it up without being authorized to do so. The bailiff later declared that he had come to disperse an armed mob.

Faced with a powder keg of a standoff, Sheriff Price withdrew his men and sought the advice of local attorneys. After reviewing the judge’s brief, he was informed that he was not authorized to use force to seize AT&SF property. He chewed on this until around 3:00 and then decided it was time to act regardless of the order’s legalities. He and fifty of his liquor-lubricated aides gathered in front of the Victoria Hotel, where they were provided with bayonet-equipped rifles and a large supply of ammunition, courtesy of the D&RG. Marching towards the depot they formed a skirmish line in front of the building.

Around that time, a rancher named WF Chumside staggered out of the box office. He was said to be “a bit under the influence of liquor” and wanted to make the case for those inside the warehouse. One of the officers quickly shot him down and kicked him in the head.

The gang then made their way to the telegraph office and the shooting began as they broke down the door. Most of the men inside the office quickly escaped through the back doors and into safety. Unfortunately, Harry Jenkings fell while fleeing and was shot in the chest with the bullet lodged in his spine. The gang threw the wounded man into an express car and sent him for medical attention. He died shortly after.

After storming the telegraph office, the gang raced toward the circular house, the last stronghold of AT&SF defenders. Thompson puts them outside the circular house yelling, “Come on, motherfuckers; if you want a fight, you can have one.” Before he could back his challenge, he was overpowered by a dozen MPs and jailed. Without their leader, those inside wanted to parley. A short time later, they handed over the building without firing a single shot. They were all disarmed and herded down the street to join Thompson in the small crowded jail on West Fifth Street.

Late in the evening, former Governor Hunt and his group arrived by train from the south and then continued up the Arkansas River to Canon City. By midnight, the entire railroad had been captured. At some point that night, Bat Masterson, Ben Thompson, and the others hired by AT&SF were released from jail and loaded onto a special train bound for Dodge City. Arriving the next morning, Ben collected his money from AT&SF and headed to Texas via Kansas City and St. Louis.

The Royal Gorge affair did not end on June 11, but continued in court for several more months. Eventually, “robber baron” Jay Gould purchased fifty percent of D&RG’s shares and settled the dispute out of court. On March 27, 1880, both railroads agreed to sign the “Treaty of Boston” which returned the railroad and property to D&RG. AT&SF received $ 1.8 million for the rail line it had built through the pass and the Royal Gorge War eventually ended.